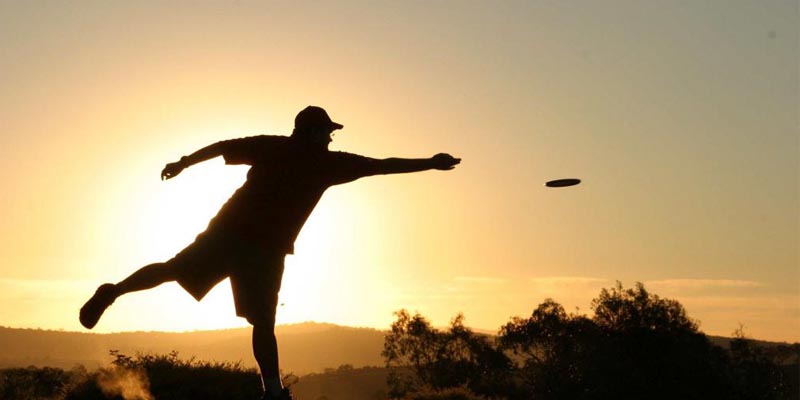 Backhand
The backhand throw is the most common way to throw a disc., performed by pulling the disc from the back to front using your dominant hand. To gain the most distance and accuracy begin with the ‘X’ step on the pad and a Power Grip on your disc. As you pull the disc across your chest, rotate your hips to face the basket to gain power and speed.

Forehand
The forehand throw is performed by pushing the disc along the side of the body much like a sidearm throw in baseball. Forehand throws usually generate more speed from the start as the disc is pushed forward instead of being pulled forward for a backhand.

Tomahawk
The tomahawk is an overhead shot, similar to throwing a baseball. Your fingers must be on the inside lip of the disc to throw a tomahawk shot. This is a great shot for going over big objects.

Thumber
The thumber is similar to a tomahawk but the disc flies the exact opposite. Your thumb must be on the inside lip of the disc to throw a thumber shot. This is an excellent shot when you need to go over a tree.

Basic Rules of the Game

END_OF_DOCUMENT_TOKEN_TO_BE_REPLACED

Basic Rules of the Game